100%
No Lessons are added to this course

The Birth of Modern Astronomy

The Birth of Modern Astronomy

Astronomy made no major advances in strife-torn medieval Europe. The birth and expansion of Islam after the seventh century led to a flowering of Arabic and Jewish cultures that preserved, translated, and added to many of the astronomical ideas of the Greeks. Many of the names of the brightest stars, for example, are today taken from the Arabic, as are such astronomical terms as “zenith.”

As European culture began to emerge from its long, dark age, trading with Arab countries led to a rediscovery of ancient texts such as Almagest and to a reawakening of interest in astronomical questions. 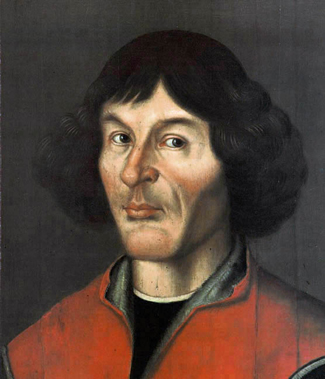 Figure 2.16 Nicolaus Copernicus (1473–1543). Copernicus was a cleric and scientist who played a leading role in the emergence of modern science.

Copernicus
One of the most important events of the Renaissance was the displacement of Earth from the center of the universe, an intellectual revolution initiated by a Polish cleric in the sixteenth century. Nicolaus Copernicus was born in Torun, a mercantile town along the Vistula River. His training was in law and medicine, but his main interests were astronomy and mathematics. His great contribution to science was a critical reappraisal of the existing theories of planetary motion and the development of a new Sun-centered, or heliocentric, model of the solar system. Copernicus concluded that Earth is a planet and that all the planets circle the Sun. Only the Moon orbits Earth (Figure 2.17). 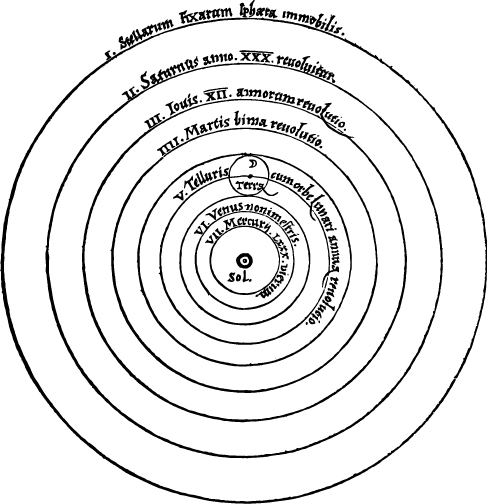 Figure 2.17 Copernicus’ System. Copernicus developed a heliocentric plan of the solar system. This system was published in the first edition of De Revolutionibus Orbium Coelestium. Notice the word Sol for “Sun” in the middle. (credit: Nicolai Copernici)

Copernicus described his ideas in detail in his book De Revolutionibus Orbium Coelestium (On the Revolution of Celestial Orbs), published in 1543, the year of his death. By this time, the old Ptolemaic system needed significant adjustments to predict the positions of the planets correctly. Copernicus wanted to develop an improved theory from which to calculate planetary positions, but in doing so, he was himself not free of all traditional prejudices.

He began with several assumptions that were common in his time, such as the idea that the motions of the heavenly bodies must be made up of combinations of uniform circular motions. But he did not assume (as most people did) that Earth had to be in the center of the universe, and he presented a defense of the heliocentric system that was elegant and persuasive. His ideas, although not widely accepted until more than a century after his death, were much discussed among scholars and, ultimately, had a profound influence on the course of world history.

The Heliocentric Model
The most important idea in Copernicus’ De Revolutionibus is that Earth is one of six (then-known) planets that revolve about the Sun. Using this concept, he was able to work out the correct general picture of the solar system. He placed the planets, starting nearest the Sun, in the correct order: Mercury, Venus, Earth, Mars, Jupiter, and Saturn. Further, he deduced that the nearer a planet is to the Sun, the greater its orbital speed. With his theory, he was able to explain the complex retrograde motions of the planets without epicycles and to work out a roughly correct scale for the solar system.

Copernicus could not prove that Earth revolves about the Sun. In fact, with some adjustments, the old Ptolemaic system could have accounted, as well, for the motions of the planets in the sky. But Copernicus pointed out that the Ptolemaic cosmology was clumsy and lacking the beauty and symmetry of its successor.

In Copernicus’ time, in fact, few people thought there were ways to prove whether the heliocentric or the older geocentric system was correct. A long philosophical tradition, going back to the Greeks and defended by the Catholic Church, held that pure human thought combined with divine revelation represented the path to truth. Nature, as revealed by our senses, was suspect. For example, Aristotle had reasoned that heavier objects (having more of the quality that made them heavy) must fall to Earth faster than lighter ones. This is absolutely incorrect, as any simple experiment dropping two balls of different weights shows. However, in Copernicus’ day, experiments did not carry much weight (if you will pardon the expression); Aristotle’s reasoning was more convincing.

In this environment, there was little motivation to carry out observations or experiments to distinguish between competing cosmological theories (or anything else). It should not surprise us, therefore, that the heliocentric idea was debated for more than half a century without any tests being applied to determine its validity. (In fact, in the North American colonies, the older geocentric system was still taught at Harvard University in the first years after it was founded in 1636.)

Contrast this with the situation today, when scientists rush to test each new hypothesis and do not accept any ideas until the results are in. For example, when two researchers at the University of Utah announced in 1989 that they had discovered a way to achieve nuclear fusion (the process that powers the stars) at room temperature, other scientists at more than 25 laboratories around the United States attempted to duplicate “cold fusion” within a few weeks—without success, as it turned out. The cold fusion theory soon went down in flames.

How would we look at Copernicus’ model today? When a new hypothesis or theory is proposed in science, it must first be checked for consistency with what is already known. Copernicus’ heliocentric idea passes this test, for it allows planetary positions to be calculated at least as well as does the geocentric theory. The next step is to determine which predictions the new hypothesis makes that differ from those of competing ideas. In the case of Copernicus, one example is the prediction that, if Venus circles the Sun, the planet should go through the full range of phases just as the Moon does, whereas if it circles Earth, it should not (Figure 2.18). Also, we should not be able to see the full phase of Venus from Earth because the Sun would then be between Venus and Earth. But in those days, before the telescope, no one imagined testing these predictions. 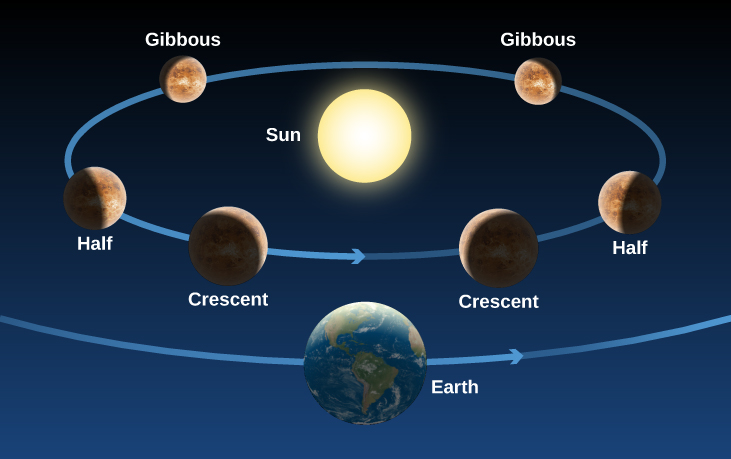 Figure 2.18 Phases of Venus. As Venus moves around the Sun, we see changing illumination of its surface, just as we see the face of the Moon illuminated differently in the course of a month.

Galileo and the Beginning of Modern Science
Many of the modern scientific concepts of observation, experimentation, and the testing of hypotheses through careful quantitative measurements were pioneered by a man who lived nearly a century after Copernicus. Galileo Galilei (Figure 2.19), a contemporary of Shakespeare, was born in Pisa. Like Copernicus, he began training for a medical career, but he had little interest in the subject and later switched to mathematics. He held faculty positions at the University of Pisa and the University of Padua, and eventually became mathematician to the Grand Duke of Tuscany in Florence.

Galileo’s greatest contributions were in the field of mechanics, the study of motion and the actions of forces on bodies. It was familiar to all persons then, as it is to us now, that if something is at rest, it tends to remain at rest and requires some outside influence to start it in motion. Rest was thus generally regarded as the natural state of matter. Galileo showed, however, that rest is no more natural than motion.

If an object is slid along a rough horizontal floor, it soon comes to rest because friction between it and the floor acts as a retarding force. However, if the floor and the object are both highly polished, the object, given the same initial speed, will slide farther before stopping. On a smooth layer of ice, it will slide farther still. Galileo reasoned that if all resisting effects could be removed, the object would continue in a steady state of motion indefinitely. He argued that a force is required not only to start an object moving from rest but also to slow down, stop, speed up, or change the direction of a moving object. You will appreciate this if you have ever tried to stop a rolling car by leaning against it, or a moving boat by tugging on a line.

Galileo also studied the way objects accelerate—change their speed or direction of motion. Galileo watched objects as they fell freely or rolled down a ramp. He found that such objects accelerate uniformly; that is, in equal intervals of time they gain equal increments in speed. Galileo formulated these newly found laws in precise mathematical terms that enabled future experimenters to predict how far and how fast objects would move in various lengths of time.